First X-rays in color and 3D

Researchers at MARS Bioimaging have unveiled the first color 3D X-ray images. The new imaging technique can give clearer and more precise pictures of the inside of the human body and help doctors diagnose patients more accurately.

The new medical scanner is based on Medipix3 technology developed at the European Organization for Nuclear Research (CERN) for detecting and tracking particles at the Large Hadron Colliderow (LHC). Improving technology has shown its enormous potential beyond high-energy physics, especially in medicine.

As X-rays travel through your body, they are absorbed by denser materials – bones and pass through softer muscles and other tissues. These, whichore pass through without obstructionod through the body, end up on the X-ray film – a type of photographic film – on the opposite side of the body. They appear on it as areas of uniform blackness. The places whereorich X-rays could not penetrate, they remain white.

Butler scannerow instead of recording X-rays passing through the body or stopping on bone, he records the exact energy levels of X-rays, ktore striking every particle in your body. This makes it possible to obtain images with high resolution and contrast. Then an algorithm comes into play, ktory translates these measurements into roFIGHER COLORS. The colors represent roThe different energy levels of the photonow recorded by the detector, and therefore identify the rolar components, such as bone, fat, water, calcium or disease markers.

Importantly, the current black-and-white X-ray cameras are usually enough to see a crack in the bone, but few moties about the tissue and muscles surrounding the bone. New imaging technique allows to see bone problems and everything wokoł it. 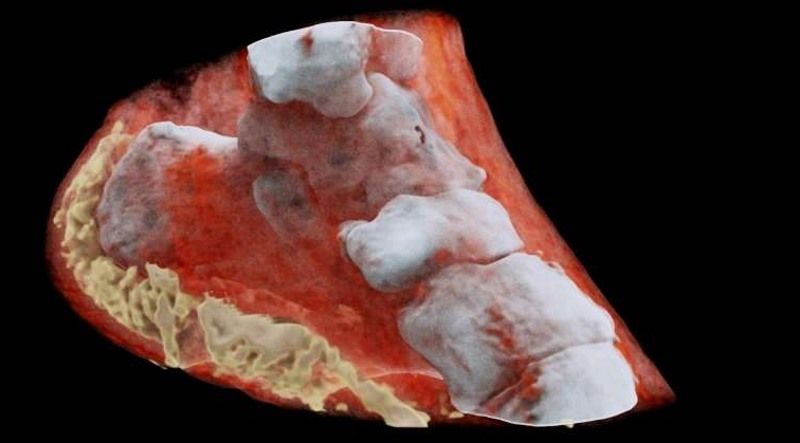 – The small pixels and accurate energy resolution mean that this new imaging tool is capable of obtaining images that theor that no other device can achieve – admitted Phil Butler.

MARS Scanner has already passed tests in imaging patientow after strokes and with cancer. The images give extremely detailedoA great insight into the human body. Now researchers will test the equipment on patients with rheumatological ailments. The current scanner is the third generation of the device.

Although the images are excellent and can explain a lot, thus helping with diagnosis, it may still be years before regulatory agencies allow the scanner to be used widely.